When visiting farmer acquaintances, the GF brought home this huuuuge gourd. We had planned to cook it for Thanksgiving.

However, you know how young farmers are advised not to name animals they are raising for meat?

Turns out… same thing is true re: drawing faces on your veggies…

Since the new Ironman is a teenage girl, the name is pretty obvious to anyone who’s raised a couple of those creatures: Irony. (Or perhaps Ironey, Ironi, Ironic… but… you get the idea.)

April 1st, 2014 – Cupertino, CA. “Our 10% share of any deal discussed using an iPhone has been clearly spelled out on the 837th screen of our license agreement since January 1st, as is our right to record all iPhone calls for purposes of enforcing this provision,” is the first sentence of the letter Apple has sent today to an estimated 31,778,000 iPhone users ranging from a Fortune 100 CEO in New York City to a hotdog stand owner in Peoria, Illinois. Most iPhone users have their phone linked to their Apple ID so their credit card was charged automatically via the Apple Store, unless the charge exceeded their credit card maximum. Other users received an invoice for their first-quarter revenue split. According to Apple, the iDeal charges ranged from $1.37 for a babysitter in Indiana to tens of millions of dollars for several Fortune 100 company CEOs and prominent Silicon Valley VCs, all of whom asked not to be named.

The Apple service was immediately dubbed “iVig” by surprised and angry consumers, many of whom said they had considered switching to a Blackberry device until they actually tried using one.

Apple CEO Tim Cook defended the service, citing not only that the iPhone user agreement explicitly opts-in all iPhone users “it’s right there in plain black and white if you just scroll down a little ways”, but adding “iDeal is a perfectly logical extension of our deathgrip on any and all transactions that occur within the Apple ecosystem. This should surprise no one.” Cook also noted that 23% of Apple’s iDeal receipts will go to the NSA “per terms of a joint venture wherein certain NSA tools are used to automate the process of tallying amounts owed from phone call recordings, giving our customers the seamless experience they’ve come to expect from Apple products.”

April 1st, 2014 – Seattle, WA. In other news today, an estimated 37% of the world’s websites went dark at 12:01 this morning when Amazon suddenly withdrew from the web hosting business. In a tersely worded statement emailed to all Amazon Web Services customers, company CEO Jeff Bezos explained that “Since our acquisition of Zappos in 2009, it’s become increasingly apparent this web thing is actually more of a fad, whereas tangible products like shoes are here to stay.” The statement also noted that all (former) AWS customers would receive a free Amazon Prime membership for 3 months “to offset any inconvenience.” 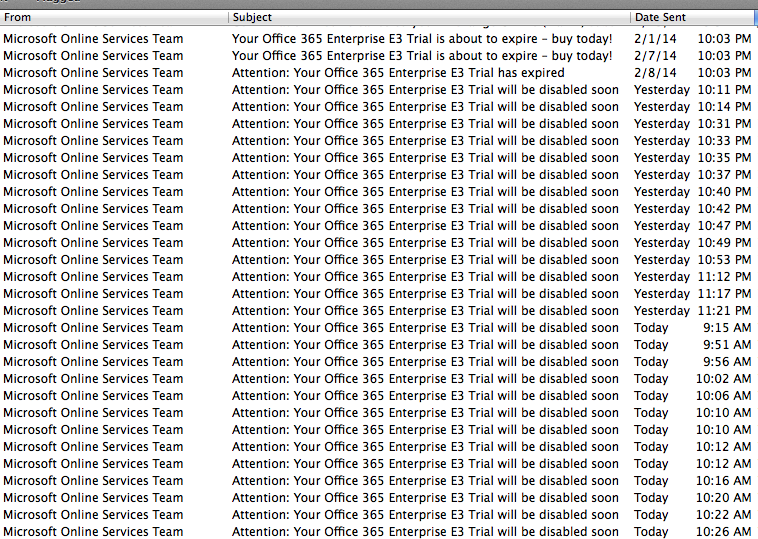 Not handling rejection well, Microsoft sends me 26
“I’ll give you one more chance not to break up with me”
emails in 12 hours

Look, we’ve all been dumped before. You just need to move on. It’s not about you. (Well, actually, it is about you, but that’s another story.)

As your Feb 8th email noted, I let the Office 365 trial expire. I’m just not that into you. It’s over. Just let it go.

And show some self respect.

Sending TWENTY SIX emails in a 12 HOUR period is unhealthy. Failing to provide an unsubscribe link in any of those emails is harassment.

I wish I could say let’s still be friends… but after the last 12 hours I’d like to not hear from you ever again. 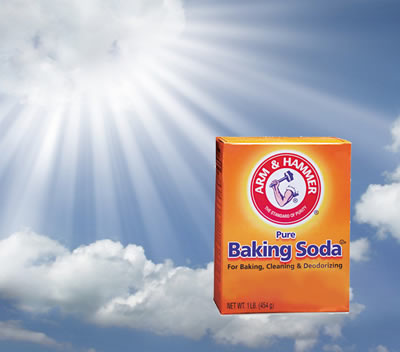 The only problem with using Heroku intensively is that you come to expect everything to be deployable with git. Sadness follows.

I guess I can admit it now that that damned NY Times article today “outs” me as the ultra-secretive founder of the “will work for food cardboard sign” franchise operation with over 37,000 well-heeled franchises capitalizing on street corners from coast to coast. The article applauds my innovative use of vertical manufacturing to supply durable plastic “pre-distressed, torn” signs indistinguishable from cardboard signs, and the patented “authentique homage de homeless” fragrance spray most franchisees opt to use, but is critical of our average franchise fee of $57,000, saying that “Wynn has made street corner begging the province of the well-heeled, pricing many wanna-be beggars out of the market.” I won’t apologize, however, since I think the flip side of that coin is that my organization brings a new professionalism to an industry formerly populated with less savory types. The NY Times article touches on that briefly, noting a typical beggar-franchisee has an MBA and an hourly income of $317 per hour.

My favorite quote from the article is:

Asked whether he regretted any aspects of his corner-begging-empire, Wynn wistfully sighed. “Dogs. Those damn dogs. I wish I’d been the one to realize how much money there is in renting those damn dogs to my franchisees. By the time we figured it out, that Vicks guy out east had locked up the rental-pitiful-dog market with long-term contracts. What can I say, he beat me to the punch, fair and square.”

Even before reading the NY Times article, deep inside, every time you saw one of our franchisees, you knew it was something like that.